Agnes, from Hungary,
In cemetery of Père Lachaise 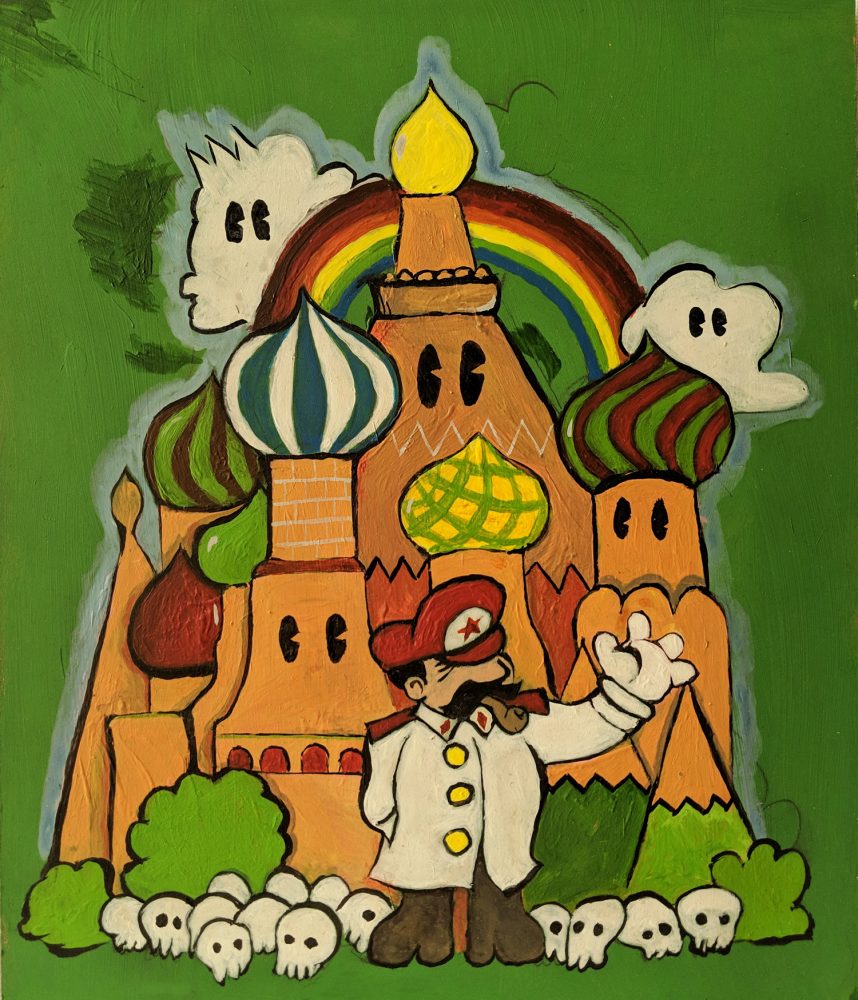 Staline in front of the famous Kremlin.
First, I made an another famous world known guy, also red and with mustaches. 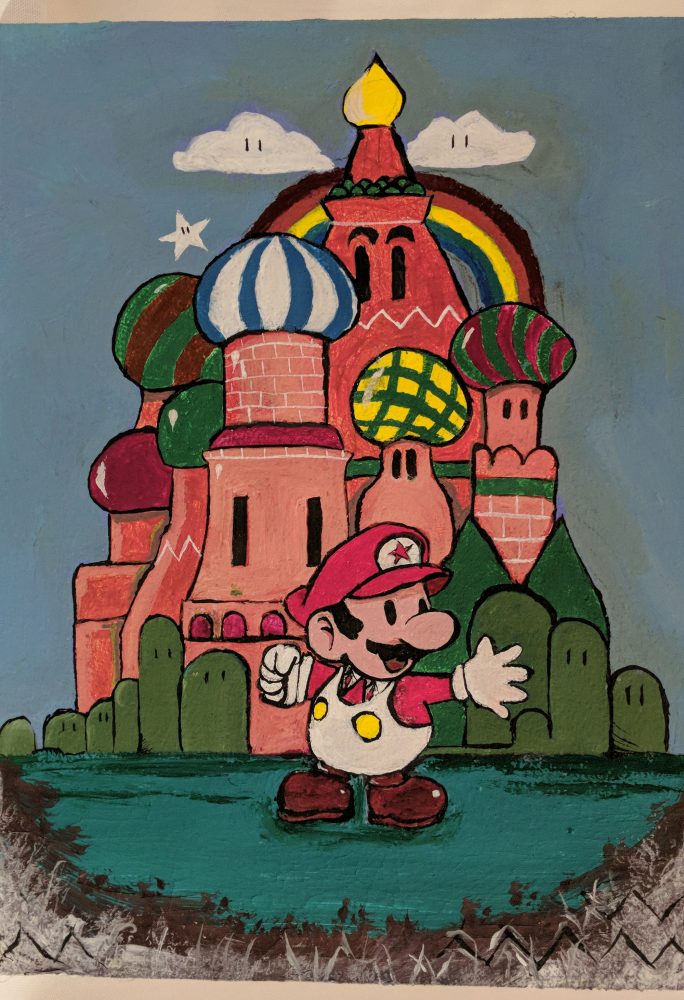 But Nintendo have rights on it, and I haven’t be able to sell it on my shop.
At least, you can found it here, but that is a secret!
I always liked the childish universe that some video game, or some fictional universe can share. Applying this kind of innocence to some tragic and historical characters create a large gap. This gap is definitively where art and humour matching, and what I am excited about.
So, since I had some problems with Nintendo and any potential business partners, I just had to replace Mario universe by something else. So, instead an already existing character but keeping the gap, I just tried to get inspired by the graphical treatment. I turned it more comic than the original one, looking more like a kind of old fashioned comic.
So, by copying my own MarioStaline.

Read the concept if you want to understand this section.

Ági (Agnès) come from , city of Budapest, capital of Hungary.

Ági stayed in Paris from the 26th of July to the 27th of July 2019. Shot have been take the 27th at the cemetery of Père Lachaise.

On the picture, Ági wear a T-shirt size M.

– Was it your first time in Paris?
-I’ve been several times in Paris before, first in 1990 with my past handball group.
– What did you like in France?
– The see and the ocean. In my country there is nothing like this and I just can’t have enough from watcing it, walking on the beach and collecting shells and nice stones.
– If you should share your favorite spot in Paris, witch one would you like to share?
– As an author, the Balzac house. It was impressing. I was shocked by his workstyle.
– Can you tell us some words from where you are?
– I am from Hungary, the former (and future) “happiest baraque” of the communist/illiberal part of Europe. I live in the capital, Budapest – the only city with nicer sight than Paris. You can call me local-patriot, but the view from the top of the Gellért hill by night is unforgettable.

Picture have been take in front of the Molière (famous french writers, as Agi!) graveyard, in cemetery of Père Lachaise. This cemetery in the eastern Paris is also famous for also the graves of Oscar Wilde and Jim Morrison.

There are no reviews yet.

Be the first to review “Stalineland” Cancel reply